This is the second of two blog posts by Stephen Gay exploring mineralogical modelling (Part 1 published 20th March 2014).  Part 2 here develops the theme by comparing the value of using rule-of-thumb and probability -based particle modelling principals.

Mineralogical analysis is often approached from a pragmatic viewpoint (referred to here as the ‘rule of thumb’ approach), however the power of mineralogical analysis is greatly increased when linked with probabilistic models.  The stereology problem (Figure 2) is an example of a probability problem. There is some probability a linear intercept will appear liberated, barren or composite.  The particular subbranch of mathematics dealing with such problems is called geometric probability.  In this case the probability that a section will appear composite is much larger because the grain size has decreased. 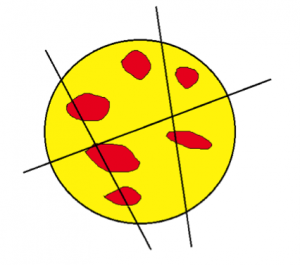 Fig 3. Linear Intercepts through a particle where the grain size is smaller than in Figure 2 (in Part 1)

There is vast amount of research in the subject area of geometric probability and stereology (Gay, 1994; Keith, 1998; Latti 2004).  Keith extended the stereological problem to dealing with multimineral particles.  Latti validated the various methods using serial sectioning; which means taking a series of sections at very small distances so that the composition of the actual particles can be resolved.

Mineral processing also has a probabilistic framework.  For example if a particle goes into a separation unit (such as flotation) then there is a probability that the particle will go to the corresponding concentrate stream or tailings stream.  In a processing context, the word ‘probability’ can be used interchangeably with the word ‘proportion’.  ‘Probability’ is the probabilistic term, and proportion is the final outcome.  For example, if the probability a particle will go the concentrate is 90%, then it follows that we expect 90% of such particles (the proportion) will indeed go to the concentrate.  In mineral processing we generally are aware of ‘proportions’ but often mineral processing is not considered from a probabilistic viewpoint.  Figure 4 shows a partition curve, which are often used for modelling separation by density (although these are seldom used in base metals). 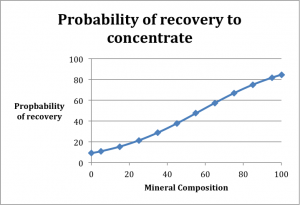 The author (Stephen Gay) has spent many years on the problem of inference of mineralogical information, and not only can the inference method be used on a single plant audit; but can be used over several plant audits (over time).   The method is based on using ore variability to advantage (rather than the status quo of ore variability making estimation difficult).   For example, if there are two copper-sulphide species (say chalcopyrite and chalcocite it is very difficult to use a probability method on a single set of audit data to identify how the chalcocite might behave compared to the chalcopyrite.

However if one performs a series of audits, where in some cases chalcopyrite may be higher grade than chalcocite and visa versa we can now identify the different properties of the minerals, as, for example if the chalcocite was more floatable than chalcopyrite then this can be easily detected by improved recoveries.  This method of linking mineralogical analysis, probability methods and plant audits is entirely new (patent pending).

The particle based model for simulation

If we consider the problem of multimineral particles, even constructing a partition curve appears daunting because for each mineral we add a new dimension to the graph.  Although it appears difficult it isn’t.  We simply model our ore as consisting of particle types, with each particle types having a multimineral composition.  We assign to each particle a probability of separation at each unit.  We can calculate these probabilities using information theory.  This approach was first developed by Keith 2000; and later applied to modelling liberation by comminution by Gay (2004).

So what are the steps for using mineralogical data to improve plant performance?:

This advanced methodology is entirely different to ‘rule-of thumb’.  Rule of thumb is of value for identifying gross changes that are required.  The methodology proposed is important for incremental improvement.  Remember a 3% financial benefit per year for a plant with revenue of a billions of dollars a year is $30 Million!  This can be enough to turn a viable operation into a viable operation.

The life of Ludwig Boltzmann  http://en.wikipedia.org/wiki/Ludwig_Boltzmann.

A full list of JKMRC PhDs is available at:  https://www.jkmrc.uq.edu.au/Publications/PostgraduateTheses.aspx 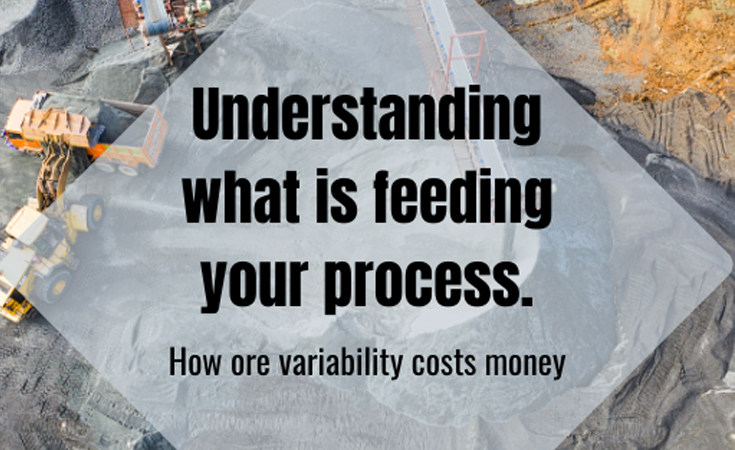 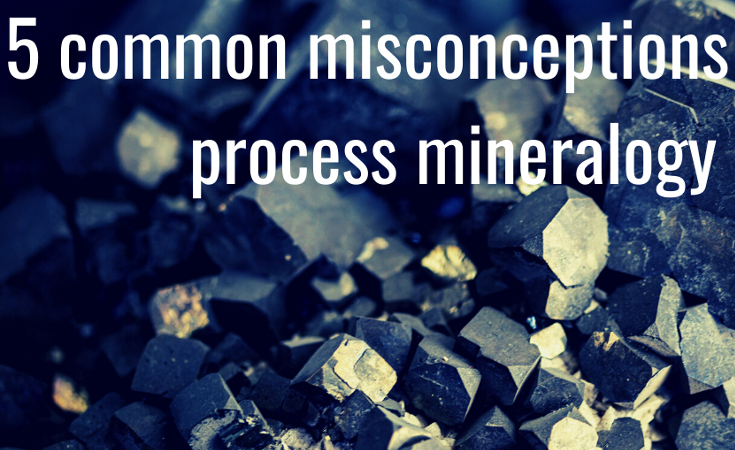